Pete Goss answered the question most asked of him in recent years: “When are you returning to solo ocean racing?” when he announed his entry in the gruelling Route du Rhum race. 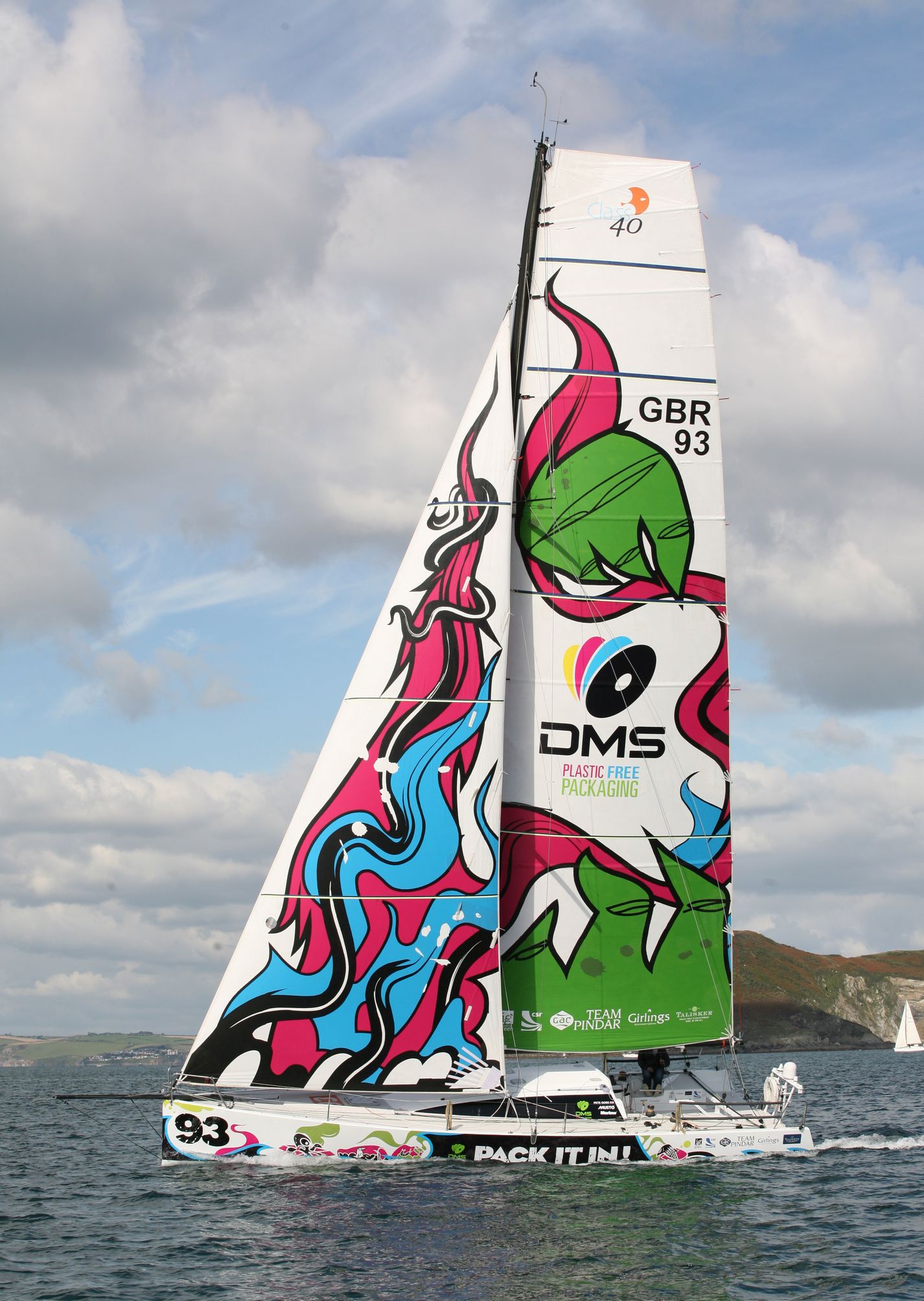 Pete partnered with Team Concise, winners of the 2009 Class 40 World Championship, to enter a brand new boat in the 3,500-mile race, which commenced on Sunday 31st October 2010. Together with title sponsors DMS, this formidable team put together a campaign in less than six months to tackle this gruelling test of man and boat.

The Route du Rhum is a major fixture on the sailing calendar attracting a fleet of some 60 boats. Hundreds of thousands of people visit the race village prior to the start off St Malo and see the boats as they track down the French coast before they head out across the Atlantic for the Caribbean, finishing at Pointe-à-Pitre in Guadalupe. Thousands of people followed Pete’s progress in the race on the Tracker.

Racing a Class 40 was very different to his previous challenge of sailing ‘Spirit of Mystery’, a 37-foot wooden lugger weighing 16-tonnes, to Australia at an average speed of about 4 knots. The Class 40 weighs a quarter of that and can sail consistently at speeds in excess of 25 knots. 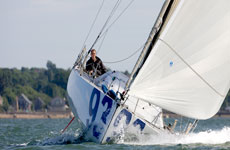 Pete said that he loved the boat, which more than lived up to his expectations. He said: “It has been a few years since I have sailed such a fast and high-tech boat and the systems have come on leaps and bounds. She is fun, responsive and eager to please. I loved working up to and competing in the Route du Rhum, which is one of the greats that I always wanted to do. The competition was tough and I enjoyed every second - especially Guadalupe for I have never sailed in the Caribbean”.

‘Team Concise’ is made up of two halves, with the current young crew sailing a schedule of fully-crewed races and Pete working in parallel with this programme for the single-handed race. According to Pete, “mixing it up with the young guns” was a tremendous help as he got to know the boat. 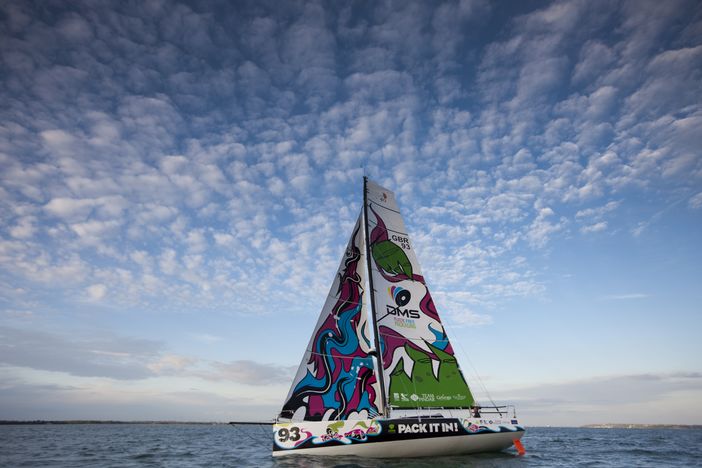 The 48-year-old from St John in Cornwall is no stranger to sailing solo in high performance boats though. He is perhaps best known for his single-handed rescue of Frenchman and fellow competitor Raphael Dinelli during a severe Southern Ocean storm in the 1996 Vendee Globe, for which he was awarded the MBE by Her Majesty The Queen and the Legion d’Honneur by the President of France.

It is this sort of experience that Pete brings to the ISAF World Championship winning team. Team Concise owner Tony Lawson said: “This is a truly symbiotic relationship. Pete will race a brand new boat prepared by my boys as part of his short-handed offshore racing program. Meanwhile we can benefit from the advice and inspiration of this world-renowned offshore sailor, building on our knowledge base as we prepare for bigger challenges ahead. We hope it is the start of a long-term relationship”.

Asked if this race signals a return to a career as a solo ocean racer, Pete said: “I have never had a career, just a series of adventures and who knows where this one will lead. I never say never, so let’s see where this adventure takes us.”

Pete’s entry in the race was made possible thanks to the support of a number of sponsors, including:

Pete recently did a podcast interview for Matthew Clarke of Kernow Pods. You can hear his interview here: www.kernowpods.com.

See more about this story on the BBC by clicking here.

Keep checking back for more updates as to what his next big adventure will be.