Taking the mystery out of history 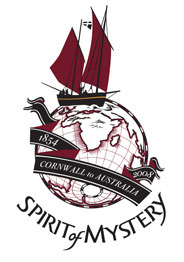 Hello and welcome to another one of Pete’s big adventures. It was another boat-build and epic sailing voyage, but completely different to anything he has done before.

Pete built a wooden lugger and followed in the wake of seven Cornishmen who made a heroic journey to Australia 154 years ago. Proud of his West country roots and an enthusiastic wood-worker, the project is something Pete has wanted to do since he heard about the inspirational voyage of the Mystery. Read all about the project in Pete's Mystery Project Question and Answers section of the website. Either click here or on the link above.

The 37 ft ‘Mystery’ was an open Mounts Bay Lugger built in Newlyn. Times were hard and the seven Cornishmen, all related by 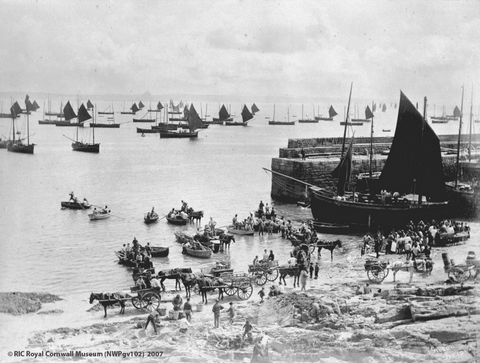 either blood or marriage and share holders in the Mystery, made the decision to try their luck at the Australian gold rush over a pint in the Star Inn, Newlyn. It was suggested that the Mystery be sold to cover the passage. Captain Richard Nicholls, with a couple under his belt and in good spirits, said: “I’ll take you in the Mystery”; and so an amazing adventure was born.

The Mystery measured just 37 feet in length, had a beam of 11 feet 6 inches and weighed 16 tons. After beaching the boat to sheathe her hull with Zinc and decking her in fore and aft, the vessel was ready for the epic journey ahead.

Leaving Newlyn on Saturday 18 November 1854, the Mystery travelled about 11,800 nautical miles in 116 days before arriving in Melbourne on 14 March 1855. The only break in the voyage was a week in Cape Town for repairs and replenishment. They had made such good progress to South Africa they were commissioned by the Royal Mail to take the post on to Australia. 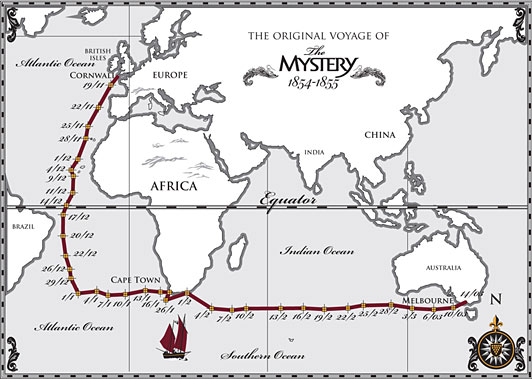 The brave men risked life and limb to follow their dream and continued through their journey, taking on the gales and hazards of the Southern Ocean.

A log entry from 6 March 1855 gives a taste of what they encountered: “A terrific gale of wind – heaviest so far experienced. Our gallant little boat rides the mountains of sea remarkably well. Not shipping any water, dry decks fore and aft. I am confident she is making better weather than a great many ships would, if here.”

To put this voyage in perspective, Joshua Slocum, considered the father of Ocean Sailing, was only ten years old when the men made this voyage. Several of them had never been out of sight of land and rumour has it they did not let Captain Nicholls below for the first five days.

154 years later, Pete built ‘Spirit of Mystery’ in Innsworke Mill boat yard at Millbrook in South East Cornwall to celebrate their amazing achievement. The vessel was as true to the original Mystery as possible and, although there are concessions to safety, they did not use an engine and there are no modern electrical or navigational systems.

The keel, stem and stern were made from a tough hardwood called Ekki. Fallen Cornish Oak makes up the frames, with Larch for the planking and Ash for the tiller and sweeps. 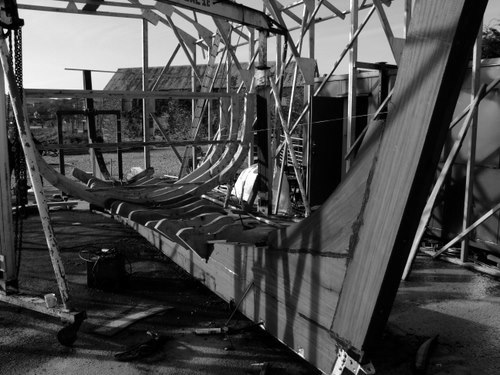 Pete says that he enjoyed building the boat and navigating by the stars: “I have always wanted to build a wooden boat and relished the challenge and adventure of sailing such a small vessel to Australia.”

“On Aqua Quorum I cooked on a tiny single-burner camping stove using the toolbox as a seat. I cut my toothbrush in half and lived of freeze-dried food in a capsule devoid of any character. Well, on this trip I put my feet up in front of the wood-burner and tucked into proper home-made food. She was a home from home.”

When asked why he wanted to build the boat and re-create the voyage, he said: “In short, I just fancied it and, as in the past, I find that is enough to just get up and go for it. So we found ourselves on another exciting adventure that had the added element of history, which I find I am really enjoying. Life is for living and this, for me, is life at its best.” 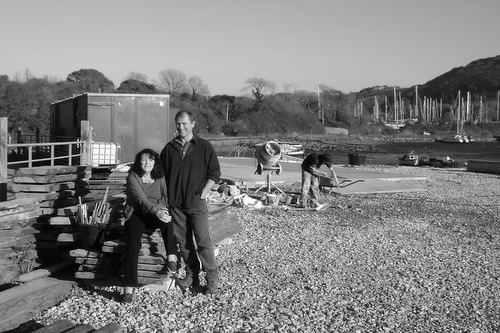 The original crew of the Mystery consisted of: Captain Richard Nicholls; brothers William and Richard Badcock; Job Kelynack and his cousins Charles Boase and Philip Curnow Matthews; with Lewis Lewis as general handyman and cook. Diana Berry (pictured left  with Pete) is related to six of the original crew.

Spirit of Mystery was launched on Saturday 21st June and  set sail for Australia on 20th October 2008, arriving on 9th March 2009. Pete gives more information about the project in the ‘Mystery Interview’ section. Click here to read more.

Keep visiting the website for updates. Thanks for your interest and support.

To see some video footage provided by the BBC please click on the below link: