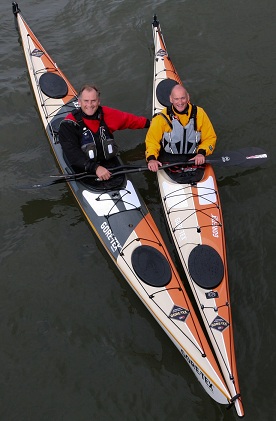 Pete's last adventure was another new direction for him. Together with his friend and fellow adventurer Andy Warrender, Pete circumnavigated Tasmania by sea kayak.

Setting off on the 29th December 2012 and finishing on 17th February, the intrepid pair paddled anticlockwise approximately 1500 kilometres around the island. Starting from Devonport in Tasmania, the trip took 50 days.

Although Pete was a relative newcomer to kayaking, Andy had been undertaking kayaking adventures for years including being a member of the first team to paddle the return trip to St Kilda from the Outer Hebrides.

That experience stood them in good stead as they tackled some tricky conditions. The island state of Tasmania sits on the south east corner of Australia, with approximately a third of its coastline facing the notorious Bass Strait and another third directly exposed to the Southern Ocean. The south west facing coastline can be very remote and has limited communications, making the challenge even harder.

The project was supported by the GORE-TEX® brand which provided the very latest in high-tech breathable and protective clothing, including bespoke drysuits.

While Andy and Pete predominantly used paddle-power, they carried all their camping gear and provisions with them, so needed all the help they could get to make the voyage. As you might expect from such an experienced seafarer, Pete designed an innovative sailing rig that could be hoisted on each kayak to give the pair some wind assistance when conditions allowed. 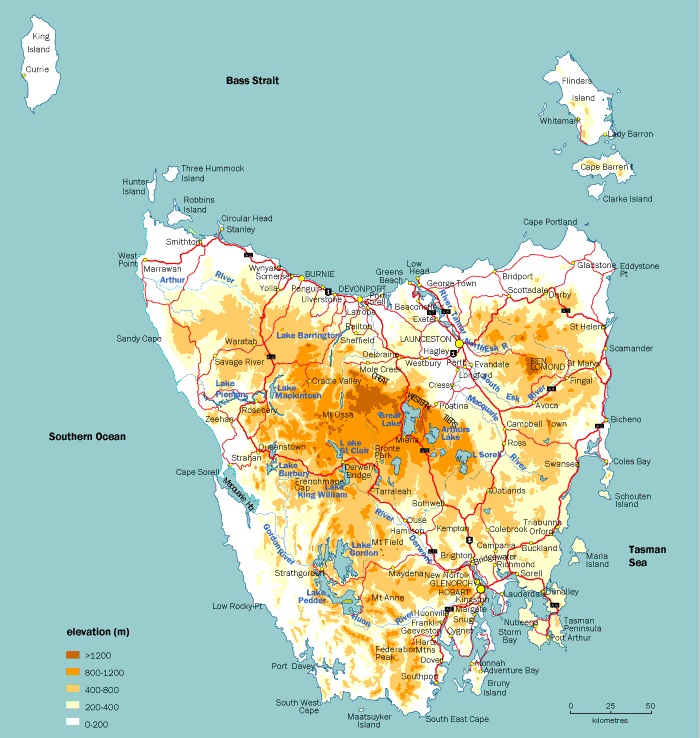 Pete, 51, says that the trip was something he wanted to do for a while: “Many of my previous adventures have been non-stop and I have often wished I had the time to explore places properly. Tasmania is a beautiful island with a varied and exciting coastline. There can be no better way to get close to it than in a sea kayak and I also wanted to test the sailing rig too.”

Andy, 52, says that his inspiration for the trip came from a family holiday in 2004 spent touring the coast of Tasmania and wishing he had a kayak. Andy said: “I told Pete about the idea and he was hooked as he had been there during the British Steel Challenge, as well as having dropped Raphael Dinelli off after his Southern Ocean rescue during the Vendee Globe race 2006/7. We both felt drawn to the adventure it had to offer.”

Asked if adding a sail to a kayak made it less authentic, Pete said: “We are making no claims and are not trying to break any 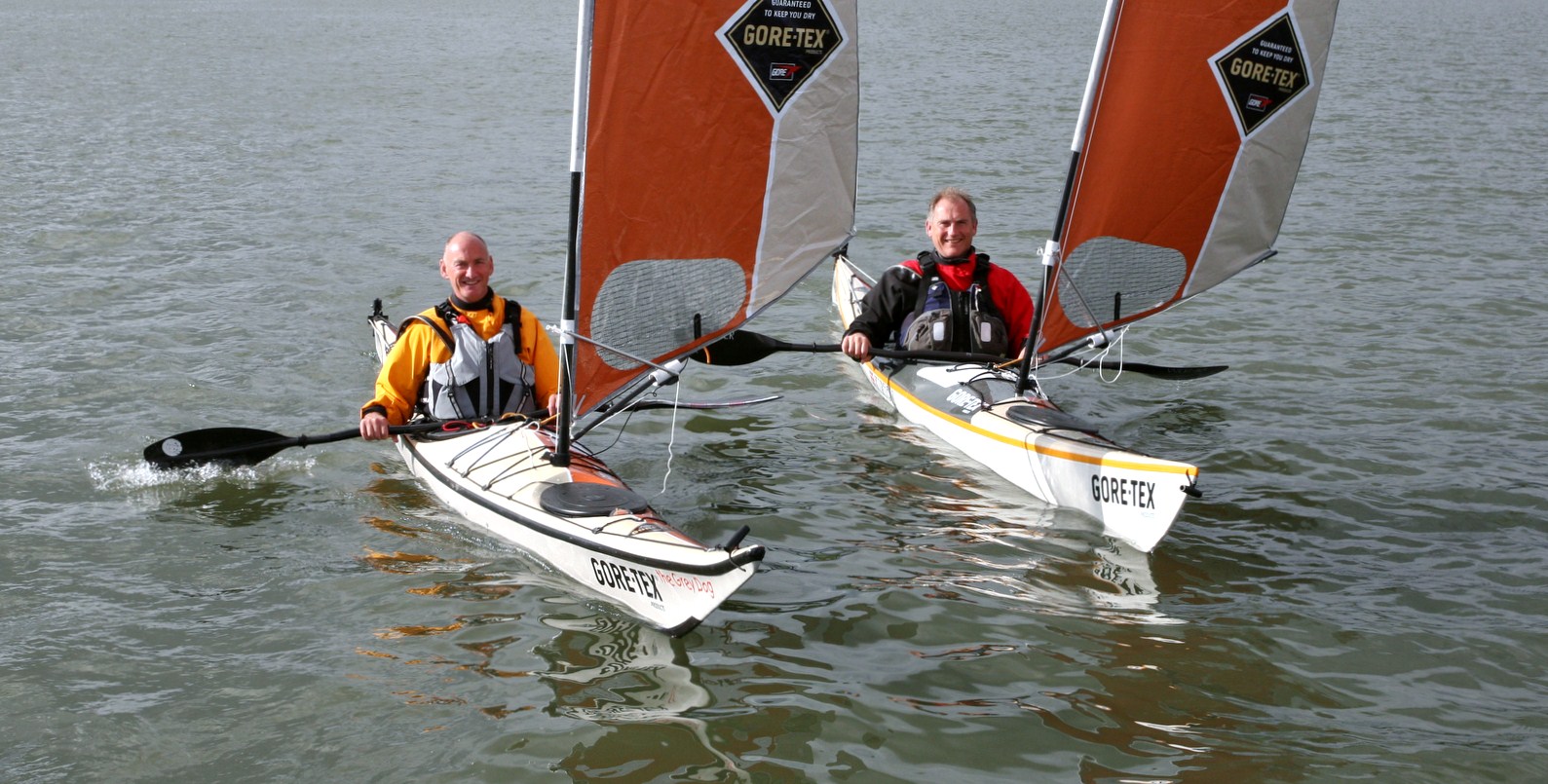 records. Some of the earliest kayaks had sails and many sea-kayakers have experimented with adding them. We are just taking the design further, using Andy’s kayaking knowledge and my sailing experiences. If technology from other disciplines and innovation can improve a design and make life easier, I say ‘why not’?”

As with all Pete’s adventures, people followed his progress on the website, where there was a live satellite tracker, video posts and blog updates.

Check out this video compilation of highlights from the first half of the circumnavigation of Tasmania by sea kayak by clicking here and for the second half please click here.