A new chapter begins for Pete and his wife Tracey as they embark on their next adventure.

Pete and Tracey have decided to explore the world as they sweep up the glamourous jewels set in the stunning blue hues of tropical seas through to the rough diamonds of more remote locations. Antarctica, Alaska, South Georgia all call in their own way.

'Pearl' named in celebration of their 30th anniversary is a Land Rover of the sea with a BMW interior; a Garcia 45 Exploration. They can sit with a glass of red in one hand and an inflatable globe in the other and there is nowhere that they can't go; the world is their oyster.

They don't have a plan, they have an aspiration and you can follow them HERE as their blogs unfold. 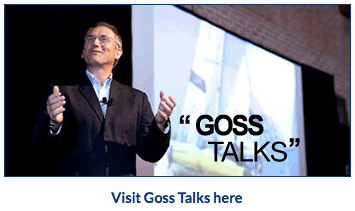 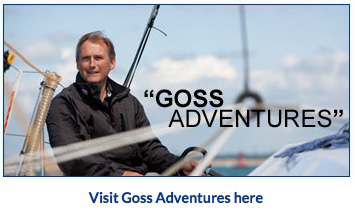 Pete Goss MBE is a sailor and adventurer turned entrepreneur and author of the bestselling book Close to the Wind.

He now splits his time between his ongoing adventures and delivering inspirational and motivational talks to organisations around the world, as well as lecturing at business schools including Oxford University.

Pete is perhaps best known for his heroic rescue of Frenchman and fellow competitor Raphael Dinelli from mountainous Southern Ocean seas and hurricane force winds in the 1996 Vendee Globe single-handed round the world race, for which he was awarded the MBE by Her Majesty the Queen and the Legion d'Honneur by the French President.

But Pete has also walked to the North Pole, kayaked around Tasmania, built Team Philips - arguably the most advanced sailing catamaran ever, and recreated the voyage of the smallest migrant vessel ever to make it to Australia by building the wooden lugger Spirit of Mystery amongst many other adventures.

All Pete's projects follow a theme of innovation, technology, challenge and adventure. If you want to discover more about them click on 'adventures' above.

If you would like to find out more about Pete's speaking work click on the 'talks' button.